CHAPTER 4: Huck and the Judge.—Superstition. 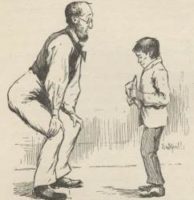