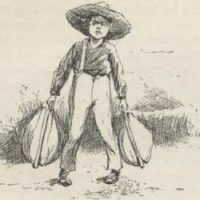 As a free learning portal we rely on your support and are glad about a small coffee or a donation that helps us to further develop our project. Every donation – no matter how small – helps!