The Adventures of Tom Sawyer: Chapters 1-4 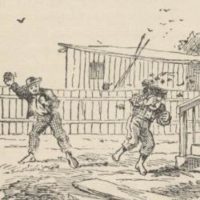