The Adventures of Tom Sawyer: Chapters 29-32

CHAPTER 29: The Pic-nic—Huck on Injun Joe's Track—The ''Revenge'' Job—Aid for the Widow

CHAPTER 32: Tom tells the Story of their Escape—Tom's Enemy in Safe Quarters 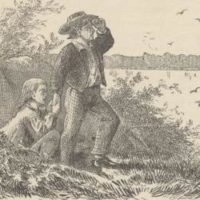